Is it your first time to hear that there is a modern solution to flooding? Do you intend to get one, but you are not yet aware of the basics? Don’t worry, if you don’t know anything about this, we’ll keep you in the loop. In this week’s blog, I will show you the characteristics of an ideal flood protection barrier.

Is it your first time to hear that there is a modern solution to flooding? Do you intend to get one, but you are not yet aware of the basics? Don’t worry, if you don’t know anything about this, we’ll keep you in the loop. In this week’s blog, I will show you the characteristics of an ideal flood protection barrier.

END_OF_DOCUMENT_TOKEN_TO_BE_REPLACED

If the drainage systems and canals are filled with trash, any great amount of rain will immediately cause flooding and bring more destruction when a catastrophe hits. This is exactly the canal flood risk that Midsayap, North Cotabato should have considered.

Clogged canals are one of the reasons why numerous areas become flood-prone. This is evident in the experience of Midsayap City, North Cotabato, Philippines on August 4, 2020. Within an hour of downpours, a surge of water occurred and the clogged canals contributed to it. The residents of Midsayap might not have realized the canal flood risk since it was a sudden event.

Nevertheless, YES, we should take into account the risk of canal flooding if we do not want to witness the heavy price that comes with it. But, before we tackle the risk, let us first know the types of canals.

END_OF_DOCUMENT_TOKEN_TO_BE_REPLACED

After flooding, we see different objects floating on floodwaters. The buoyant force of water is causing these objects to float. But did you know that the same force can actually help solve flood problems? Read on and find out how.

WHAT IS THE BUOYANT FORCE OF WATER?

To begin, we have to define what buoyant force is.

END_OF_DOCUMENT_TOKEN_TO_BE_REPLACED

The world is drowning. While it continues to battle the global pandemic, yet another calamity has literally drowned several parts of Asia and America. For two consecutive weeks in November 2020, Typhoons Rolly and Ulysses, with international names Goni and Vamco respectively, lashed several areas in the Philippines affecting millions of people and damaging millions worth of dollars to infrastructure.

The world is drowning. While it still continues to battle with a global pandemic, yet another calamity has literally drowned several parts of Asia and America. In the beginning of November 2020, Typhoon Rolly, called Goni internationally, affected some areas of the Philippines. The biggest impact was experienced in the Bicol region. A week after, as the Filipinos started rebuilding their lives and livelihoods, they were battered again by another storm, the Typhoon Ulysses, international name Vamco. Ulysses, after affecting eight regions in the country, went straight to Vietnam, damaging everything that gets on its way. This situation is not unique to Asia, though. Reports show that Hurricane Iota which pummeled Central America has brought heavy rain, extreme winds and storm surges over the region. Iota is recorded as the 30th hurricane to cross the region.

END_OF_DOCUMENT_TOKEN_TO_BE_REPLACED

Generators are very expensive, as they power all equipment sets you need to operate a business. What would you do if floodwater submerged your generators?

Generators are an expensive piece of equipment. They are the back-up power supplies for any kind of establishments, whether for home use or for business. They provide power to the house if a power failure occurs to allow continued operation of an industrial site. 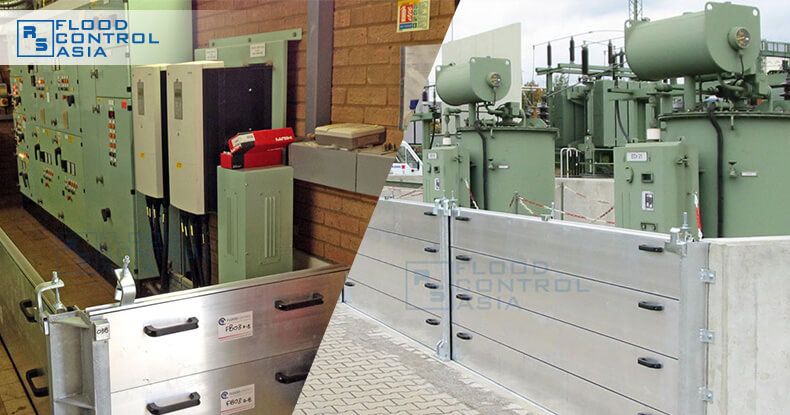 Big generators located at the plants or commercial establishments

Purchasing a generator is a wise investment for hotels, hospitals, shopping malls, big factories and even homes as a backup power in case of failure. Uninterrupted power is vital for the industrial plants.
END_OF_DOCUMENT_TOKEN_TO_BE_REPLACED