Home » Blogs » What Dutch Flood Engineering Can Teach You

What Dutch Flood Engineering Can Teach You

No country is more connected to the image of windmills and tulips than the Netherlands. Year after year, tourists from all over the world flock to the country to see its wide open fields. But the most impressive thing about the Netherlands is its flood engineering. 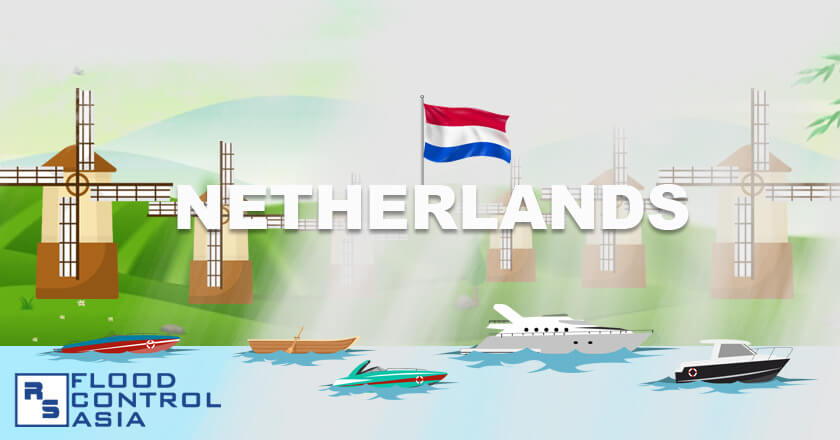 If you didn’t already know, the Netherlands is mostly underwater! Or at least, it’s supposed to be. But with the Dutch commitment to flood control, they have successfully turned flooded lands into fields of flowers and farms. Any country that struggles with floods can learn something from the Netherlands.


The Short Version of a Long Struggle

The Netherlands is part of what used to be called the ‘Low Countries’. It’s not to disparage the region, literally 55% of the Netherlands lies below sea level, the lowest point being 22 feet (6.7 meters) under. Flooding was a fact of life for the early Dutch settlers.

To deal with the landscape that did not favor them, early Dutch settlers built their homes in hills. The natural elevation would help avoid floods. But as populations grew, they recognized the need to push the water away. They built dams, dikes, and other feats of flood engineering earning them reputations as the world’s leading flood engineers.

Tragedy struck in 1953 however. Seasonal tides combined with a strong storm from the adjacent North Sea breached the dikes. It flooded more than 2,000 square kilometers of land, took 1,835 lives, and left countless more homeless in one night. Until now, it remains one of the greatest tragedies in Dutch history.

The Dutch government doubled down on flood protection. Two weeks after the great flood, they formed the Delta Commission which would undertake the biggest flood engineering project in the world.

They built flood gates, dams, sluices but more importantly, they were strategically placed. Even the indigenous flora and fauna was taken into consideration.

Lessons from the Delta Commission

The Delta Commission formally accomplished their objective in 1997 and the last project was finished in 2010. Let’s look at the lessons we can learn from their great undertaking:

Think about your flood situation. Floods are specifically dangerous for coastal and riverside areas. Consult a flood expert now!