Ten years ago, most of us see flood control measures as an issue in public infrastructure projects. Five years after that, almost nothing has changed — people still see flood solution as a responsibility of the government.

While the said thought still holds a grain of truth in our present times, flood control is now becoming a personal matter. The reason behind this sudden paradigm shift is the increasing threat of climate change, which exempts no one from untoward incident. 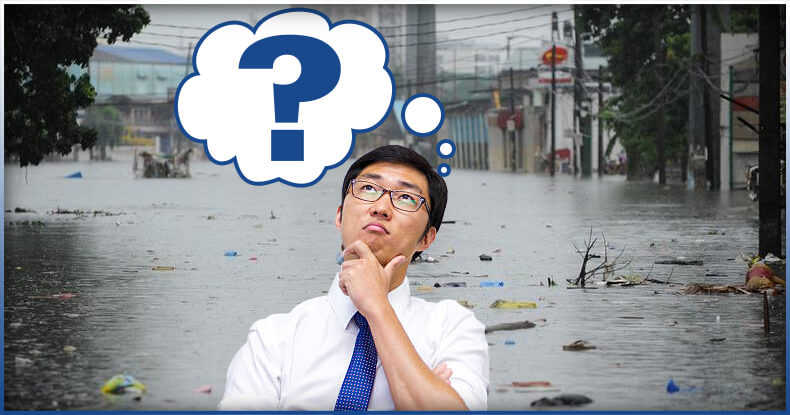 The image shows a thinking man, while his background shows a heavily-flooded street.

With these thoughts in mind, let us recall three things we wish we knew five years ago about flood control. This list provides just a handful of realizations, so feel free to add more.


1. It’s not enough to build your home on a flood-free zone

As mentioned above, most people see flood control as an infrastructural concern. Thus, five years ago, the trend was to build homes on areas people judged to be flood-free.

In fact, some places that are commonly labeled as “safe” are now becoming susceptible to flood because of extreme weather conditions. 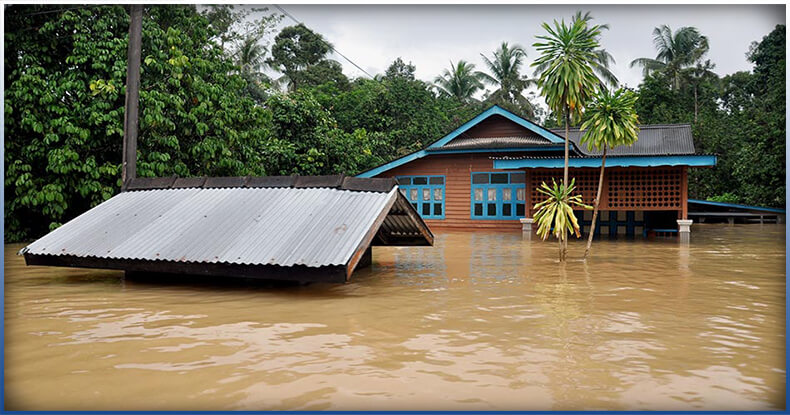 The image shows a well-built house submerged in flood.

One good example was the storm surge brought by Super Typhoon Yolanda (Haiyan) in November 2013. Nothing was spared when Yolanda swept across the Central Philippine Region.

The National Operational Assessment of Hazards (NOAH), the government’s research arm on disaster concerns, says Yolanda’s fury caused storm surges as high as 5.3 meters. With a storm surge of that intensity, even airports and government centers cannot be safe.

Five years ago, no one was thinking that flood might struck even the most unlikely places. In a period of worsening climate condition, it is almost pointless to label places as flood-free.

2. Flood control is NOT limited to sandbagging

When the effects of climate change had started to plague us, we began to think of solutions to disasters — which include flood. Among developing countries, mitigation measures are often done in conventional and inefficient manners.

One classic example is sandbagging. Coastal communities in the Philippines that do not have adequate flood protection rely (almost) solely on sandbagging. It is true that using sandbags does not entail high cost. However, experts are starting to discover more disadvantages in sandbagging. 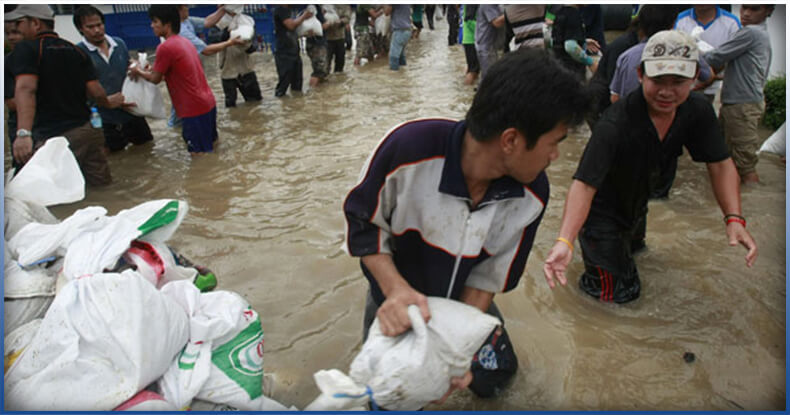 Asian Center for Flood Control (ACFC), an authority in flood protection, lists disadvantages of using sandbags. Making sandbags is time consuming and deploying them requires a lot of manpower.

Five years ago, we thought that sandbagging and other conventional means can keep us dry and warm. In reality, they can’t really protect us and our families!

3. There is a more guaranteed flood protection program

If sandbagging won’t work any longer, how can we protect ourselves from flood?

Nowadays, flood barriers of all sorts are starting to come out in the market. flood barriers allow us to protect small areas like our homes. We no longer have to rely on government projects, nor on inefficient sandbags!

Of all sorts of flood barriers, the ones produced by Flood Control Asia RS (FCA) are the most recommended. FCA’s products are mostly demountable aluminum barriers. These demountable barriers vary in sizes, depending on the need. They can be installed on all entry points; thus, keeping homes safe from flood. 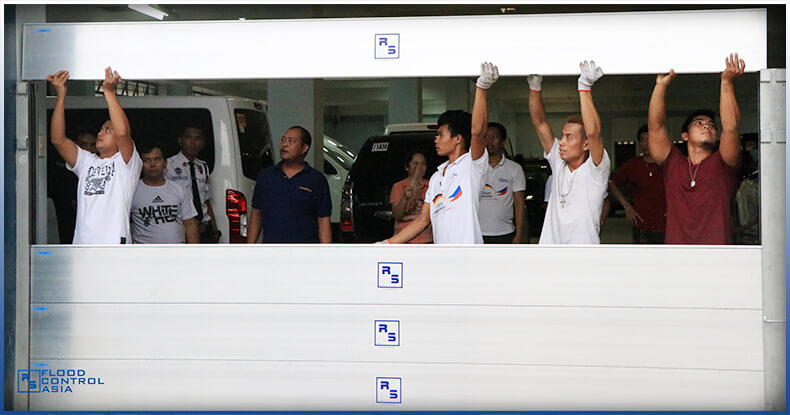 Aside from demountable aluminum barriers, FCA also offers other types that suit the needs of big factories.

Bring the best flood protection to your homes!

If we had this technology five years ago, our flood control programs would change dramatically. We could have prevented massive loss of lives, as well as overwhelming destruction of properties.

That was five years ago, now is your turn!

A common expression goes: “There’s no use crying over a bowl of spilled milk.” If that is so, how can these three revelations affect you? Would you change some of your decisions if you knew that you could do something to protect yourself from flood?

Or, would you take proactive steps now, thinking that it’s not too late to make a safer home or workplace? After all, though we never had FCA five years ago, it’s never too late to bring them to our homes.

It’s also possible that you have excellent ideas other than the ones we revealed above. Who knows, you might know something about flood control systems that’s worth sharing to our online friends.

FCA would love to hear from you! Whatever your thoughts are, please put them in the comments sections and help us make FCA a truly comprehensive flood defense system.