Home » Blogs » Are we losing our historical sites to floods? (Part 2)

According to a study by Jinghui Wang (Problems and Solutions in the Protection of Historical Urban Areas, published on Frontiers of Architectural Research on March 2012), “Historical sites are essential to the character of a city. Their protection involves extensive planning and massive undertaking. Care and attention to details must be given to plans.”

The said study goes on to say that aside from the physical aspect, cultural diversity in historical urban sites should be considered as well.

The preservation of the site does not simply include the exterior appearance but also the sites’ progress. In this way, local government units and residents should cooperate. The protection of historical sites must not be used for political gains.

The word ‘culture’ according to Merriam Webster Dictionary is sometimes used to refer to the highest intellectual endeavours and the pursuit of perfection and beauty.

As the poet and critic Matthew Arnold put it,

“Culture is the best that has been thought and known in the world.”

The British Council said that the most common mistake about culture is zeroing down on beliefs, customs, language and arts of a particular society, group, place, or time and the symbols and expression of shared values, traditions and customs. 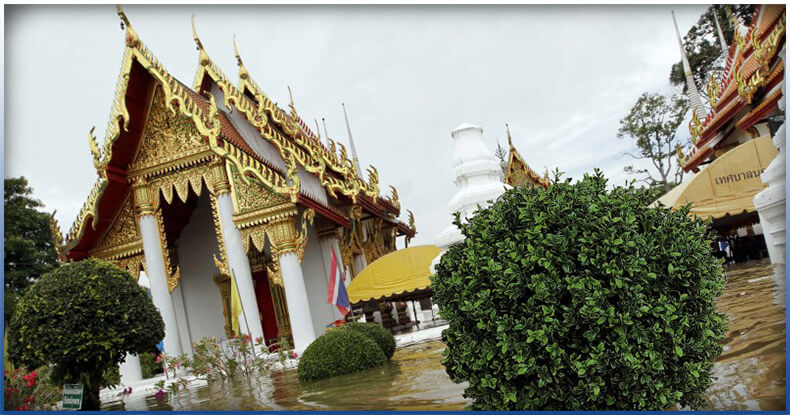 Cultural heritage, according to British Council, is typically understood to be built heritage, monuments related to culture such as museums, religious buildings, ancient structures and sites.

However, the British Council said, we should also include the non-tangible things like i.e., stories, poems, plays, recipes, customs, fashions, designs, music, songs and ceremonies of a place, as cultural heritage. These are vital expressions of a culture and just as important.

Example of Successful Integration of Modern Structure and Cultural Heritage

An excellent example would be the Wakefield Waterfront area near the River Calder.

A popular Internet source said Wakefield is a city in West Yorkshire, England, on the River Calder and the eastern edge of the Pennines, which had a population of 99,251.

The area is subject to frequent flooding from the River Calder. It poses a major challenge to erect a flood control barrier that will not ruin the aesthetic surroundings. It should comply with the historic nature of the area and meet the approval of different agencies in Great Britain.

The solution was to install hydraulics-operated flip-up flood barriers, which are considered as the best choice.

The flood defense system is managed by an intelligent control made up of a main control unit (MCU) in the site and a local control unit (LCU) adjacent to each group of barriers.

The barriers are recessed completely in the ground and given the appearance of old wooden walking boards. Thus, modern structures do not need to clash with the unique look of the area. It can blend in with the scenery.