Home » Blogs » How prepared are you in a flood calamity?

How prepared are you in a flood calamity?

Now that 2017 has come to a close, the typhoon season have come and go. During the 2017, the Pacific ocean managed to produce 25 named storms, 10 typhoons and only two super typhoons. 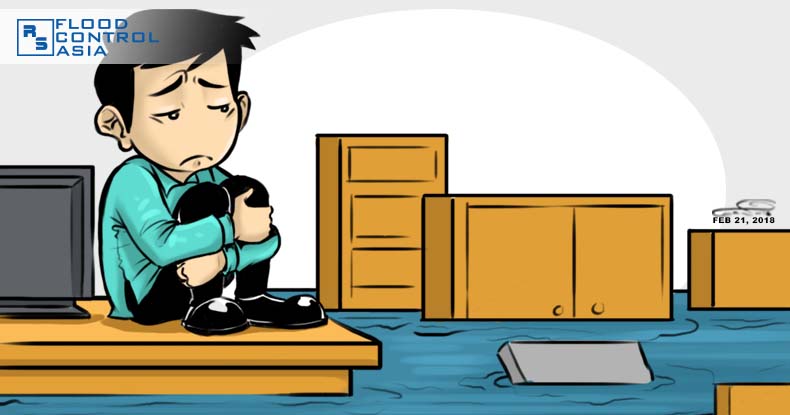 None have affected the Philippines more severely than with Typhoon Ondoy in 2009 and Yolanda in 2013. There were other floods during those years but none as severe in the aforementioned storms.


With its limited resources, the Philippines is not prepared to handle such severe storms.

Other countries are also affected by Climate Change

Other countries were affected with severe floods caused by the storms. In Thailand after two days of heavy downpour, massive flooding occurred in the capital city of Bangkok leaving commuters to wade to waist high flood waters. The city’s drainage system weren’t able to cope up with the heavy downpour.

In the USA also, Hurricane Harvey dumped trillions of gallons of rain in the city of Houston. Never before have Texas experienced such a massive flood. It surpassed even that of Hurricane Katrina in 2004.

The people of Houston didn’t think a storm like Hurricane Katrina would hit again in their lifetime but it did. They were caught unprepared. The casualties were 82 deaths, damaged 208,000 homes and caused $180 billion damage.

Over in Germany, coastal towns has seen its worst storm since 2006 with Storm Axel in January 2017. The Baltic Sea rose to about 1.7 meters above than normal, coastal cities like Lübeck, Rostock, Kiel and Flensburg were inundated with floods rendering them impassable.

No severe typhoons this year

Fortunately in the Philippines, in 2017 there was no severe storms or super typhoons recorded. But that doesn’t mean that the citizens should be complacent when it comes to natural disasters. Nothing is sure with the future.

People tend to think just because the typhoon season has pass that they can relax now and worry later. On the contrary, now is the right time to prepare. Whether it be earthquake, severe storms or any other calamity, the people should be prepared. Drainage systems should be cleaned, debris moved away considered as a hazard and construction of flood countermeasures like flood control barriers and early rain warning systems must be in placed.

No one can precisely predict the weather. But one thing is certain, more severe and powerful storms are on their way. It will get worse before it gets better. Awareness must be raised to the citizens that climate change is here and must brace for its effects.

What to prepare in case of a calamity?

While no one can really see the future, one can always anticipate the aftermath of a disaster. Stocking up on food, medicine and other essentials is always a good idea. Also protecting your home and other properties from floods will give you a safe haven when it hits. It will also protect you and your family.

These are some of the options you can protect your home;

1. Setting up a flood control barrier system for your home can not only keep you dry but also will withstand against the deadly current which is the most lethal effect of a flood. Currents can sweep away debris, cars and even people. A sturdy flood barrier can eliminate that danger.

2. If the flood waters becomes too high, additional sump pumps can remove the water from the property.

3. If all else fail, evacuating to the higher floor or elevation is the last option. Always have a back-up plan if all the options have been explored. Never rely on one plan to ensure your safety and your loved ones.

Always have a battery-operated radio around to listen for the latest bulletin. You never know if an emergency evacuation is needed if the calamity becomes worse. Putting important documents like passports, land titles, cash, or other forms of identities in a waterproof bag is important in case of an evacuation.

Aside from getting the latest updates, communication is important. Back-up power for your celphones in case you need to get help. For children, something to keep them occupied like books and toys to ensure a sense of normalcy.

Bring also the medi kits needed for any health scenario like hypertension, diabetes, allergies or fever. Of course, emergency health services can provide those but it’s better to be safe.

We can prepare for future disasters like fortifying the premises to prevent floodwater damage. Emergency kits like food, medicines and flashlight are essential. Knowing where to go in case of emergency evacuation and where to contact emergency services. Lastly, it always best to know first aid in case someone is in need.

What other emergency preparedness can you think of? Leave your comments below.