Climate change is usually associated with natural disasters. Monetary concerns usually come after post-disaster damages have been assessed. However, there’s more to monetary issues when it comes to climate change. 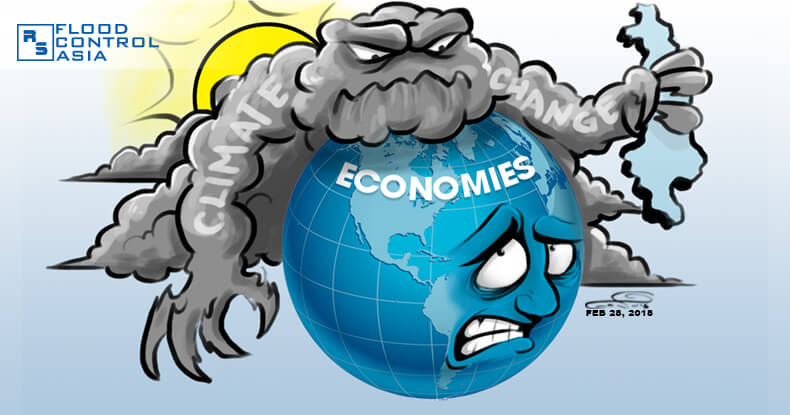 There is a resulting economic damage when natural disaster strikes. The loss of production is something that cannot be avoided. Flooded roads affect the transfer of economic goods, while stormy seas force cargo ships to change routes.


World economies are also affected. Nothing is safe when climate change is involved.

All of these can happen if climate change will be left unchecked. Of course, there is no sure way to predict the exact figure of economic damage (what more in a hundred years?).

Whatever the outcome, the cost will be astronomical.

The United States’ National Oceanic and Atmospheric Observation (NOAA) said in one of its reports that 2017 has been the most expensive in terms of disaster in the United States. The NOAA’s National Centers for Environmental Information estimates that in 2017, America had 16 disasters that caused a $300-billion damage.

In the Philippines, this year, the La Nina phenomenon is already prevailing over the Pacific Ocean. This means that a more intense rainy season is looming. People should be prepared for more powerful storms.

The rapid increase of global warming-caused disasters in the last decade indicates that more are coming formidable strength.

Rebuilding can be costly

Providing relief for those affected and rebuilding year after year during this period of global warming will drain the budget of most governments. International relief can only go so far. It will require endless relief operations and reconstruction packages just to stay ahead of climate change damages.

Building infrastructure will be compromised, and many insurance companies will be short changed and go belly up.

In a report published by Reuters, the International Energy Agency said:

“The world will have to spend an extra $ 500 billion to cut carbon emissions for each year it delays implementing a major assault on global warming.”

That was in 2009; what do you think will happen now that global cost of living is rising? Would it be cheaper to address climate change?

I don’t think so.

Is climate change a bane to world’s finances? Post your answer here.